My work gave me three paid bereavement days following my grandpa’s death, which happened to land next to Thanksgiving and the day after (when our office is closed). I therefore got a full week off work.

We slept at Doug’s parents’ house in Indiana the whole week, which is an hour from where my relatives were gathered at my grandparents’ house in Ohio. We spent the first couple days (including the funeral) with my relatives. We spent the third day celebrating an early Thanksgiving with Doug’s parents. We ventured into Cincinnati the fourth day for a date at the museum. We split the last two days between relaxing at the house and visiting my family.

The entire week felt surreal for three reasons besides the obvious death/funeral factor.

1. It was unusual to see my parents/relatives and Doug’s parents multiple times in the same week.

This never happens to me—family is never nearby in my world. It’s been ten years since I’ve lived in the same state as my parents, and I’ve never lived near any other relatives. Plus Doug and I are from different states, so we’re always having to calculate how to split holiday time between both families. I know that plenty of couples live in the city they both come from and always have family on both sides nearby, but that week was definitely the closest I will ever get to such an experience. It was like a glimpse into an alternate universe in which life is less spread out and complicated.

2. Halfway through the week Doug’s parents went to New York, leaving us the house to ourselves. They have a big, beautiful home surrounded by many acres of stunning hills and farmland, and we got to pretend we lived there. This was so liberating. It has been so many years since I’ve lived anywhere where I couldn’t hear the neighbors having sex. Doug and I realized that those two days were the closest we’ll probably ever come to owning a nice house and land of our own, and we totally embraced the fantasy.

3. I never get a true week off! The last time I got to be fully spontaneous for even a whole day was in August of 2009, and it was so significant that it caused me to have an identity-crisis behind the wheel and lash out at Avril Lavigne years later.

It’s not that I don’t take time off work. I do all the time, to travel. And I take my travel very seriously. I get something like 31 days of PTO (paid time off) per year and I hoard them like canned corn in an apocalypse. I calculate my projected vacations down to the hour years in advance. I don’t call in sick unless I’m dying. It pained me on a very deep and existential level to have to take time off to move, and even then I was able to scheme it down to four hours. I have all kinds of strategies to maximize the time I can spend on vacation. (TIP: Take one day off before or after MLK Day/Labor Day/Memorial Day/4th of July weekend and BAM you get to take a four day vacation using only one day of PTO.)

But here’s the thing. Vacations aren’t necessarily relaxing. You’re navigating an unfamiliar city. You’re stressing about how to do and see everything you want to do and see. You feel obligated to go to a museum when secretly all you want to do is nap. You get detained at the airport for smuggling forbidden fruit into a foreign land. You crash your car into a family of five and end up stranded at a Montana bus station at three o’clock in the morning where everyone around you is getting high off synthetics.

Travel is many great things. But it’s just not really relaxing.

And that’s exactly the problem I didn’t even realize I had: I work hard and I travel hard, but in between I very rarely take time to relax. (The word “staycation” is not in my vocabulary.)

But for that one week, relaxing is exactly what I did.

And it involved massive amounts of TV. I don’t even get TV at home because I’m one of those annoying people who likes to think I’m above it. This just in: I’M TOTALLY NOT!

There were three mornings in a row where I watched four hours of TV before Doug even woke up. I saw everything TLC has to offer this season. I watched like 48 different Duggar girls get courted and married and impregnated. I discovered what must be the worst show on Netflix (Bridalplasty, in which a mansion full of brides-to-be compete for both the wedding of their dreams and various plastic surgeries). I watched the entire season straight through, enjoying it in a completely non-ironic way. 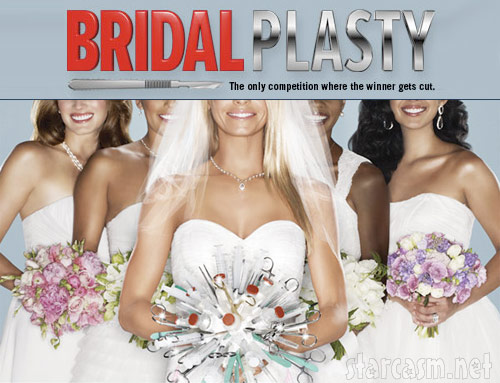 Also, Doug’s parents have a hot tub. As I stepped into the hot tub for the third glorious night in a row, I was struck with a sudden pang of guilt as I started to wonder if it was wrong to be having so much fun on bereavement leave. But then I thought about it, and decided that bereavement leave doesn’t mean getting paid to cry for three days straight. Bereavement is a complex process. Part of it involves letting yourself feel those difficult emotions, yes. But it also means taking time to restore yourself.

I have never felt as restored as I did driving home at the end of that week. Doug and I both felt it. And we also felt a huge, renewed sense of closeness to each other. Being away from our usual environment allowed us to reconnect emotionally and physically in ways we hadn’t in a while. It was difficult to literally pry ourselves away from each other for work on Monday morning. We felt so close and happy. We didn’t want to lose the magic of our week away to the tedium of our daily lives.

I guess what I’m trying to say is that we all need to make sure we’re actually taking care of ourselves. We need to give ourselves permission to fully relax and replenish and reconnect and get away, even if it means not going anywhere at all.

How are you taking care of yourself this week?

5 thoughts on “I Unexpectedly Got a Week off Work, And it Was Everything I Never Knew I Needed”