These days, I socialize almost exclusively with women. But it wasn’t always this way. Between the ages of 15-25, most of my close friends were male. So where did they all go?

Lately, they’ve been showing up in my dreams. It’s nice to see them again, but when I wake up I’m left with feelings that range anywhere from dull sadness to intense grief to sheer panic at the thought of how many great people have managed to slip away from me.

I didn’t lose them because I got married. Neither Doug nor I subscribe to the belief that married people can’t or shouldn’t maintain friends of the opposite sex. (Why shut yourself off to half the world’s population? Why the assumption that we have no control over our sexual urges? Does that mean bisexual people can’t have friends at all?)

But still, I am all too familiar with the very real barriers to such friendships beyond a certain age: disapproving partners, the prevalence of religions that dictate against it, and a culture that generally discourages it in all kinds of subtle and not-so-subtle ways that can make the whole thing feel more awkward than it’s worth. I feel the weight of all these things; they have cost me my friends. 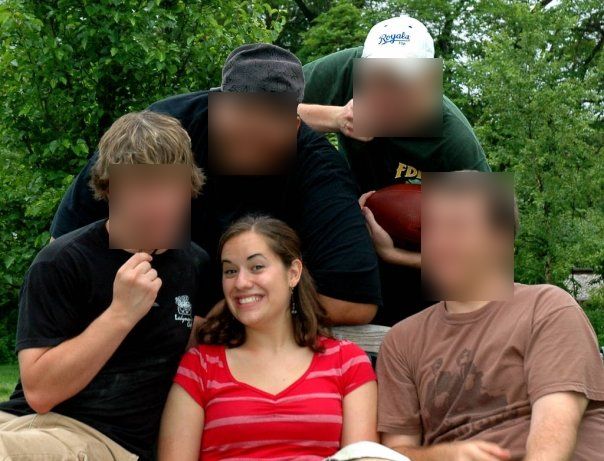 But what happened to them?

What happened to the guy who dated my best friend in high school? I went to all his sports games, and he spent countless weekends in my basement. When they broke up, he and I cried while listening to Teenage Wasteland because it felt like we were breaking up, too. We vowed to stay friends.

And we did, but only for a while. When I later heard through the network of hometown moms that he was expecting a baby with a wife I’d never met, I sent along a gift and a heartfelt letter about happy memories. A couple weeks later, I received a thank you note from his wife that felt almost business-like in its formality, to which she’d signed both their names.

What happened to the boy who was my best friend before he became my first love? It’s such an intoxicating thing, meeting the first person who truly shares your sense of humor. We ended up falling for each other hard—but then hurt each other harder.

Years ago, I sent him an apology for past behaviors. It was warranted, but it was also a reason to contact my old friend. We exchanged a couple friendly messages, and he told me to feel free to reach out anytime in the future. But although I’ve often wanted to, so far I never have. Because I have no idea how to navigate a friendship like that.

What happened to the guy I met shortly before he moved away to college? We kept our friendship quiet because our significant others used to date each other, but we’d meet at the park to have serious conversations about life. He was also a writer, and the only person with whom I ever shared my diary entries.

For the next few years, we’d meet for lunch on holiday breaks—we joked that we were on a mission to hit up every Panera in the greater St. Louis area—but it eventually just stopped. Several years ago, I accidentally sent him a text intended for someone of the same name. It was the last time we ever communicated.

What happened to my two best friends from study abroad? The guys with whom I ate every meal, traveled across the continent, and developed morse-knocking-code through our dorm room walls? We helped each other sort through some heavy stuff that semester—we all had things we were running away from—and on our final train ride back to the airport, we admitted that we felt closer with each other than the friends we’d known for years.

One of them lived four states away. He and I visited each other a few times over the next couple years, but it gets harder to preserve a friendship that existed in a bubble—even if you both agree it was the best and most beautiful bubble of your lives. Two years ago, he was the only person who never RSVPed to my wedding.

The other returned to his home in Korea. We continued to Skype for a while, and we even met up for a spontaneous weekend in Bangkok. But after a few years of silence, my latest email to him was returned to sender. He’s not on social media and he shares a name with half of Korea, so he very well may be lost to me forever.

What happened to you guys, and all the others I haven’t named? I’m not placing blame, because I get it; I haven’t shown up either. I’m just wondering.

Except that’s not really it either, because I do have the internet.

I see your girlfriends, your weddings, your vacations, your babies. I can’t help but smile at your serious-sounding jobs (damn- you guys are killing it!), because to me you’re still the boys who orchestrated 30-person pile-ups in my parents’ basement, or helped transform my apartments into blanket forts, or picked me up in the middle of the night just to eat Jimmy John’s and play crude games we invented with a four-square ball, back when it felt like we could never lose sight of each other.

I like to think you see me out here too. Sometimes, I wonder if it’s the reason I write.

So I guess I’m not wondering anything at all. I guess I just miss all of you, and feel grateful for the ways that close male friendship shaped my silliness and my confidence and my enduring sense of self. If the curtain had to close on our time together, I’m at least glad you were the ones beside me at the show.

But I hope you know that in my perfect world, I would have gladly kept you all.

6 thoughts on “On Losing my Male Friends”