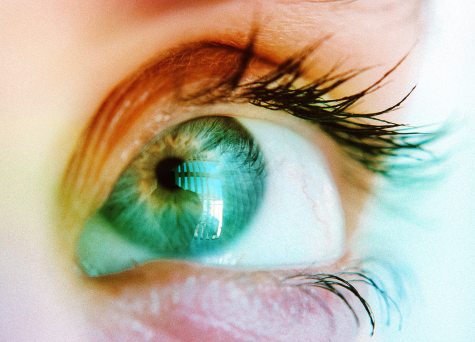 So apparently when you mention seeing everyone in your life as a color, you get a lot of questions.

Since synesthesia has been background noise my whole life, I’ve never stopped to think or talk about it that much. Most of my family and closest friends, I realized last week, didn’t even know I had it until they read my post.

But over the last several days, in my attempts to answer everybody’s questions, I was forced to analyze it more in depth than I ever have before. So here’s a list of everything I know about my own synesthesia:

The color I associate you with is not reflective of your personality. Your color is just a fact, like your name or your birthday. No colors are good or bad. People with the same color are not more likely to be similar. I’m not a BuzzFeed personality quiz, unfortunately.

I’m aware of only two factors that can impact your color: the first letter of your name, and the color of your hair. (Though in many cases, they have no impact at all.) Green is the strongest color to me, so if your name starts with a letter I see as green—A, G, L, or V— there’s a 98% chance you’re green. (Amy’s and Anna’s seem to be an exception to this.) If you’re a red-head, your odds of being orange go way up. Trump is the same color as his comb-over.

I don’t physically see the colors. They are just very strong mental associations.

I can’t identify the exact moment I knew your color, but it was probably within a week of meeting you. If we’ve never interacted, I’m unlikely to know your color unless you’re a celebrity.

Brown and purple almost always show up together. You’ll notice this in my lists below. They must be married.

I don’t know when I realized I had synesthesia or that other people didn’t. I’ve had it my whole life, but I only learned the word synesthesia within the last ten years, and when I did, I was just like, “Oh, yeah. Me.” It still feels more surprising to me when someone doesn’t have it than when they do, because I can’t fully imagine what it would be like not to have it.

Although it serves no discernible purpose, it’s not at all bothersome. I’d rather have it than not. If it were to suddenly disappear, I’d be bummed.

My variation is called grapheme-color synesthesia, and is the most common. Other types include seeing colors for sounds/music (Doug has this, in addition to also having what I have), tasting colors/letters, feeling physical sensations in response to sounds, associating genders with letters/numbers, and perceiving letters/numbers/dates as occupying physical points in space.

I am by no means an expert on synesthesia, as my research has been cursory at best. But the internet has tons of info if you want to learn more. Reddit is a good place to read about peoples’ individual synesthetic experiences.

Below, I’m including the colors I associate with each month, day of the week, number, and letter.

Days of the week

I: no strong association, leans toward black

U: no strong association

2 thoughts on “Living With Synesthesia: A Follow-Up”