In February of 2017, I wrote a post about what it was like to work two jobs. Though I didn’t realize it at the time, that was my farewell; I quit both of them a few months later.

When I said my decision to work two jobs was optional, that was only partially true. I was earning pennies at my full-time nonprofit job, as is common for new therapists, and Doug was a student. So without my second income from hospital assessments, things would have been extremely tight.

But guess what? Things were extremely tight anyway! We were still just scraping by beneath an ever-growing mountain of student loan debt.

It’s shocking, really, how little I had to show for sacrificing all my time—especially for such demanding jobs that required such an expensive degree.

Nonprofit mental health work is incredibly draining, and my hospital assessments weren’t exactly a walk in the park, either. The cases that hit me hardest were the failed suicide attempts. Here’s an actual thing I once heard myself say: “I don’t know if I have it in me to interview one more patient who has shot their face off.”

Two Christmases ago, I sat in front of my parents’ Christmas tree and cried. My mom walked in and asked what was wrong. “I just thought life would be easier,” I said. My parents had been my age when they’d bought their nice house in their nice neighborhood. Meanwhile, I’d only been able to afford presents for my nieces and nephews by gathering spare change from around my apartment and taking it to a Coinstar machine.

One month later, I received my final rejection for the book I’d worked on for eight years. After picking myself back up, like writers have to do, I told everyone that I would simply write a new one. Secretly, though, I suspected it might not be possible to carve out the time this would require while still treading water financially. While I’m a firm believer that there is always time for the things we love, I’m also very aware that, as Hazel in The Fault in Our Stars says, “Some infinities are bigger than other infinities.” The truth is that it’s wildly discouraging to pursue your passion when you only have ten minutes left at the end of the day. 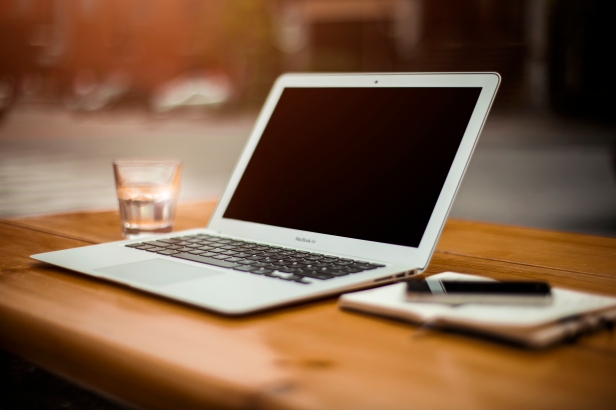 One month after that, I was informed that the expectation of my nonprofit position would be increasing. Going forward, I’d be expected to work longer hours for the same pay. I could feel my throat constricting as I received this news. In the teetering Jenga tower that was my life, it simply wasn’t possible to stack this on without the whole thing crashing to the floor.

How could I explain to the higher-ups of my organization—to the invisible faces who knew me only by numbers on productivity reports—that I was a writer? That if I handed over the last remaining slivers of time that still belonged to my thoughts and my words, I might not even recognize myself anymore?

“You don’t,” my mentor said when I called him in a panic. “You just smile and nod, and then you plot your escape.”

So I applied for a job at a private practice. I didn’t think I’d get it, because being a writer has primed me to expect rejection. But during the interview, it became very clear that I’d be receiving an offer. And when I learned that working at a private practice would mean doubling my income and halving my hours, I literally gasped.

“What have I been doing with my life?” I asked out loud.

My interviewer laughed. “Not working in private practice.”

As I drove home in stunned silence, I realized something: I’d gotten so used to the paying-my-dues portion of my career that I’d lost my ability to imagine life beyond it. Somewhere along the way, I’d forgotten that these struggles were only temporary; that one day I’d wake up to realize my dues had been paid in full, and I’d be free to go.

I took the job, and for months afterward, I felt drunk off the return of my free time. I was frequently too giddy to fall asleep. I felt like I was on cocaine, or newly in love. This is what it feels like to get your life back.

On the day I officially resigned my second job, I sent an email explaining that I was leaving in order to “pursue other opportunities.”

Here are the other opportunities I’m busy pursuing these days:

It is glorious. Though perhaps I would not appreciate just how glorious it is if I hadn’t spent my twenties selling my soul for scraps, making holiday treks to the Coinstar machine, and sitting in hospital rooms across from patients who had shot holes in their faces.

It’s not that everything is perfect now. Student loans are still real, therapy is tough, and balancing work and writing will always be a challenge. That shiny new job didn’t even end up working out for very long—I had to switch, just a few months ago, to a different practice.

But things really have gotten a lot easier. What a refreshing reminder this has been that hard work does pay off. That all the years of school, all the debt, and all the grueling jobs do eventually amount to something.

This experience has given me hope for my writing life, too. I’ve never felt more certain that all this toiling is leading me somewhere, even if I can’t see where that is just yet.

If you are in the midst of your own struggle, please know this: what feels like a life sentence is truly just a season. Your reward is on the other side, patiently waiting for you.