I have always been obsessed with friendship. When I was a kid, I would rush to my elementary school as soon as the class lists were posted a few days before school started, and eagerly scan mine for the names of new girls. Because new girls meant new friends, and I was obsessed with friendship. I could never fall asleep before the first day of school, fantasizing about all the new friends I would make.

This remained a pattern throughout my life. In high school, I threw parties at my house every weekend. In college, I tried to have plans every night of the week. And I only survived graduate school by engaging in constant shenanigans with my cohort.

As a result of being hyperly social, every period of my life has been defined by my friendships. 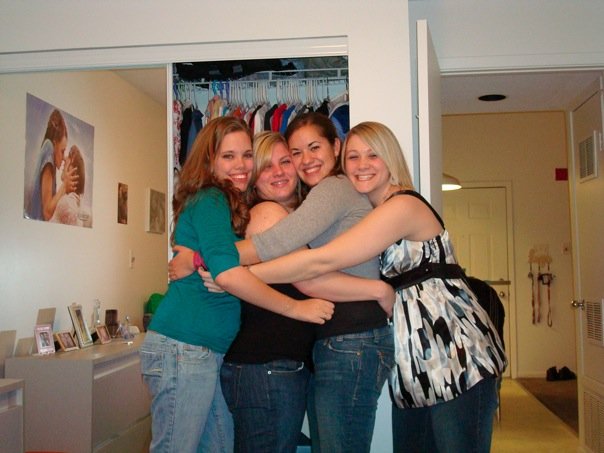 When Doug and I moved to Iowa together in 2011 after two years of a long-distance relationship, I didn’t know anybody else here and didn’t have school as a safety net for making friends. That was scary to me. I definitely didn’t want to become one of those girls who only hangs out with her boyfriend. I never understood those people. The thought of limiting my social life felt suffocating.

So I did start to make new friends here, but I quickly realized I didn’t have nearly the drive to be social as I used to. Making friends felt exhausting rather than energizing (it takes a lot more effort when you aren’t in school, turns out). Getting dressed, going out, and trying to be likeable required a million times more effort than staying in with Doug, who has to love me even if I stop showering for a few days or pretend that random round objects are my nipples.

Even when we are doing separate things around the apartment, just knowing he’s there is, interestingly, enough to make me feel socially fulfilled. I started to understand exactly why people become less social when they get into relationships. It’s so ridiculously easy.

So as time passed, and I realized I wasn’t going to die if I didn’t make a million new besties, I became content spending time alone. And as more time passed, I became even more than content—I came to prefer my own company to being with anyone else. I officially became my own best friend.

And it was amazing. I got to do all my favorite things, all the time (reading, writing, and watching Glee clips on YouTube). Turns out, I have everything in common with me. I never argue with myself, I can finish my own sentences, and I’m always in perfect agreement with myself on whether we should call it a night or watch Rachel and Kurt sing “Defying Gravity” one more time before bed. It was the perfect arrangement. I was the best friend I ever had! I thought about getting matching BFF tattoos with myself. 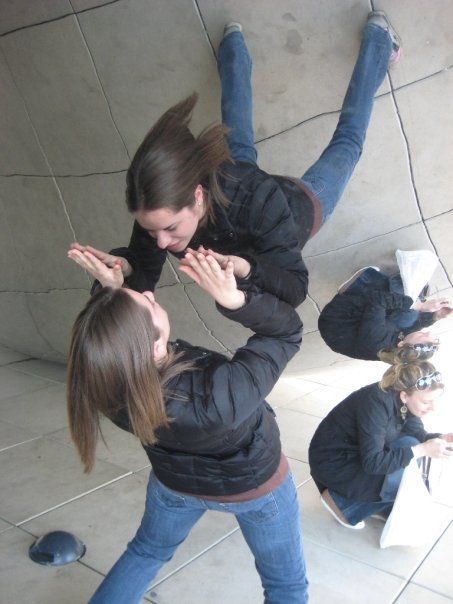 And when friends expressed concern, I had three ways of justifying my new lifestyle:

1)   I had already had more good friends by the age of 25 than most people have in their lifetime. I’d met my quota. It was time for me to step aside and give others a chance.

2)   I was still friends with my old friends, even if they lived far away, so that should still count. (Bevin and Noemi, who are both single and live in big cities, would text me updates of their social whereabouts on weekend nights and I would just smile and shake my head, like a satisfied mother amused by the adventures of her children but not especially nostalgic for her own youth.)

3)   I was too busy to socialize even if I wanted to. When I wasn’t at work, I needed to be writing. (Never mind that I was a much more productive writer when I was in graduate school, working longer hours than I do now and still socializing every night of my life.)

But spending time alone really was good for me. After an extremely social two and a half decades, it was very important that I was learning to enjoy solitude.

But then I turned 27 a few months ago, and I thought about all my past birthday parties. And I thought about having another one. But I couldn’t think of enough people nearby who I felt connected to enough to warrant a celebration.

And then I realized something disturbing: I couldn’t remember the last time I really had fun.

Being alone is rarely fun. It can be relaxing, peaceful, and intellectually-fulfilling—but it’s never fun, in the way these things were: 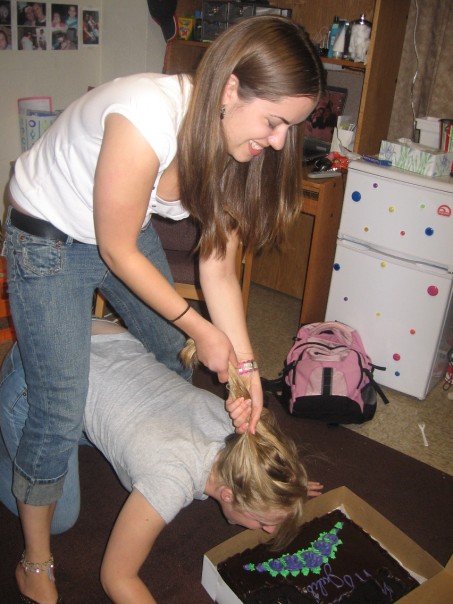 Over the following weeks, I started to notice more downsides of being alone.

My grad school cohort started an email chain about planning a reunion, and my first thought was “I’m not going because it won’t be any fun.”

This had been my default reaction to all the invitations I’d received for months, but suddenly it occurred to me that THIS WAS TOTALLY NOT A NORMAL REACTION, considering I spent the bulk of graduate school doing things like this: 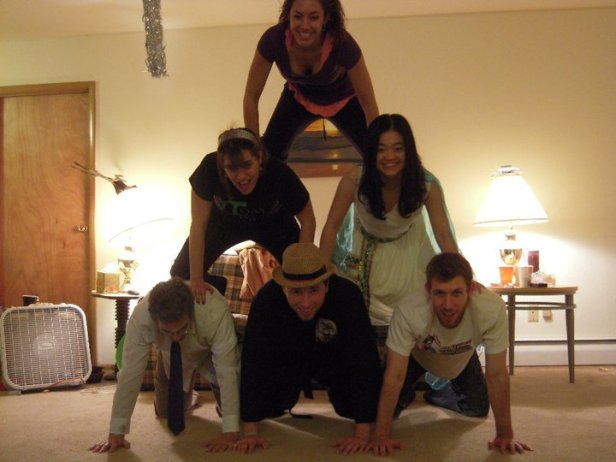 I guess I had become a jealous friend to myself. I had become possessive of me, to the point where I was telling myself lies to keep myself away from other people.

After that I started to realize how boring I had gotten. I have always been someone who talks out loud to myself. But I used to talk about interesting things, like my friends and family. But when I started to pay attention to my self-dialogue lately, I realized I was just reciting lists of errands I had to run, or deadlines I had to meet. I was literally just listing the dates that bills were due, or that I had to turn in applications, or when I was going to get a haircut or drop things off at Goodwill. I had officially become the dullest person in the world.

That’s the danger of being alone: the more time you spend alone, the more time you keep wanting to spend alone. Until you look up one day and realize that you’ve been alone for a very long time. You haven’t seen your friends in ages. Who are you anymore? You have become thoroughly boring, even to yourself.

That’s why I’m posting this today. I need to break up with myself, publicly, so that I cannot take it back. Like any failed relationship, things were wonderful in the beginning but it’s time to face that this must come to an end. I must keep the positive lessons and memories, and disregard the rest.

Right now I’m picturing myself saying to myself, “It’s not me—it’s not me.”

See how weird this has gotten? See what happens when you spend too much time alone?

14 thoughts on “The Downside of Being Your Own Best Friend”