My reason for choosing to travel to Curacao was twofold: it had been the stunning backdrop for the proposal on my favorite season of The Bachelorette, and my only bucket list item was to swim in an infinity pool.

I realize that sounds silly, but I don’t think there’s ever a bad reason to travel somewhere. If you wait until you have good reasons, you might be sitting at home forever. Kurt Vonnegut says that unusual travel suggestions are dancing lessons from God, and sometimes God has to speak to me via The Bachelorette in order to get my attention.

I wish I had known sooner how easy and inexpensive it is to travel in the Caribbean! Even Curacao, one of the lesser known (but gorgeous) islands, was extremely easy to navigate as an American tourist. Everyone spoke English and accepted American dollars, and the roads were as normal and safe as they are in America. (I know, I know… when you travel abroad you are supposed to do the admirable thing by immersing yourself fully in another culture—speak their language, eat their cats, poop in their holes, die on their roads, etc. But can we all just be honest with ourselves for a hot second and admit that sometimes, when it’s February and you’ve been slaving away in an office for the past million years of your life, that it’s nice to just lay on the beach somewhere exotic and not have to even worry about “pushing yourself out of your comfort zone”?)

As for the cheap part—I got there and back for free. A little over a year ago I opened an American Airlines AAdvantage credit card. You get a ton of miles just for signing up, and then you earn a mile for every dollar you spend after that, which adds up if you use the card for all your daily purchases. (I realize it sounds like this just switched into commercial territory, but I promise you American Airlines is not paying me for this. The only time I’ve made any money from this blog is when I agreed to place an ad for an online sex toy store, and only because I needed a major car repair).

By using my starting points and a portion of the extra points I earned just by living my life, my round trip flight from Cedar Rapids to Curacao was completely covered. (Even without a travel credit card, though, flights were much cheaper than I expected. Very similar to what it would cost me to fly to Florida, in fact.) And by the time February rolls around again, I’ll have enough points to go explore another Caribbean island. =D

You should all try it.

I now leave you with some pictures from my trip, none of which have been touched up because who has time for that?

Noemi and I barely believing our luck that we actually made it there despite failing to devote any time at all to planning for this trip.

The first of many beach days. 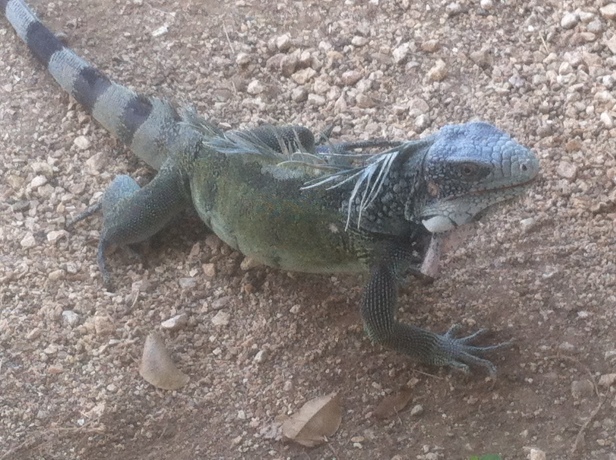 Iguanas were everywhere! (I had heard that iguana is a common dish in Curacao, but I never saw it on the menu anywhere.)

Breakfast delivered in a basket.

Our private infinity pool in the early evening 🙂

Our private infinity pool later in the evening 🙂 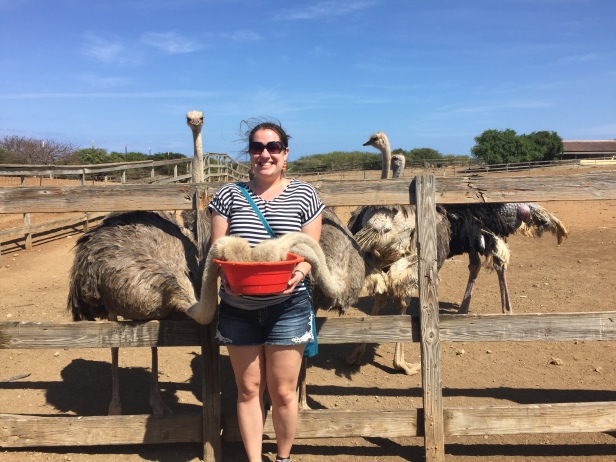 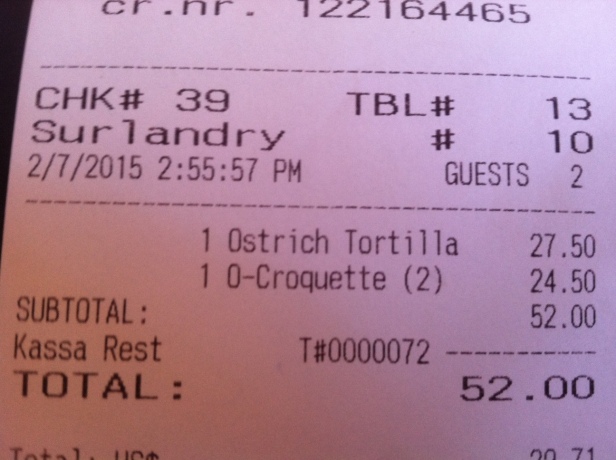 Breakfast in the city. 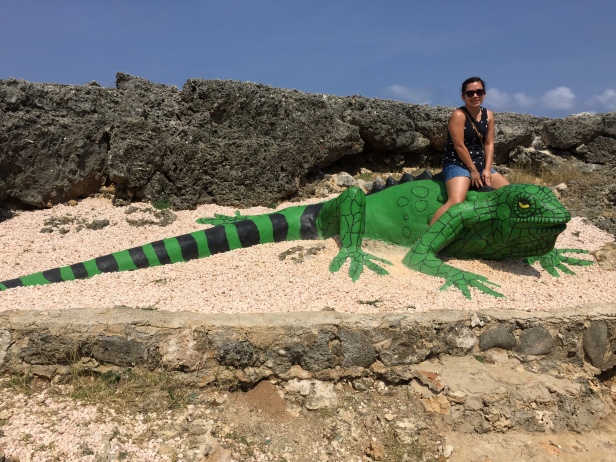 Noemi on an iguana.

The dining at one of our hotels. 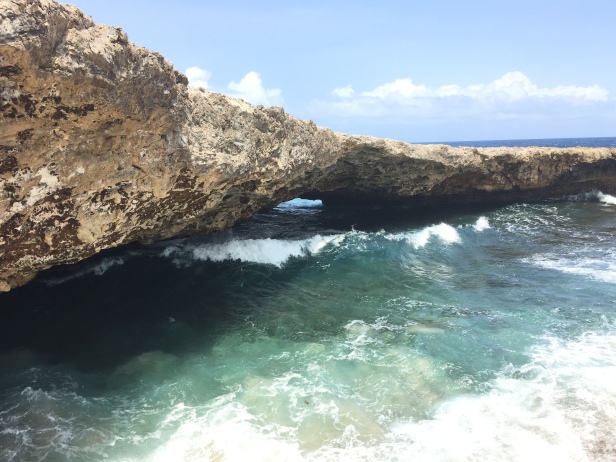 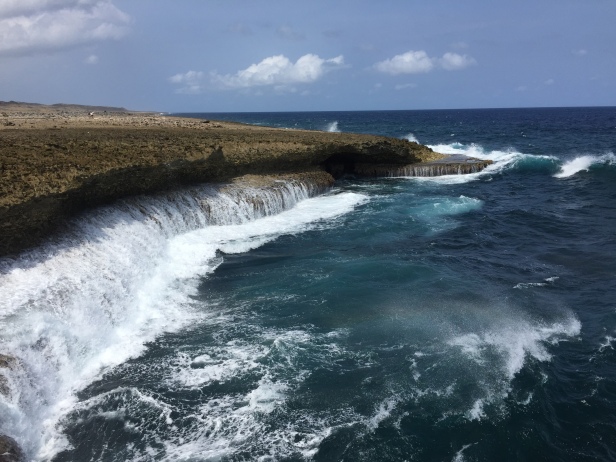 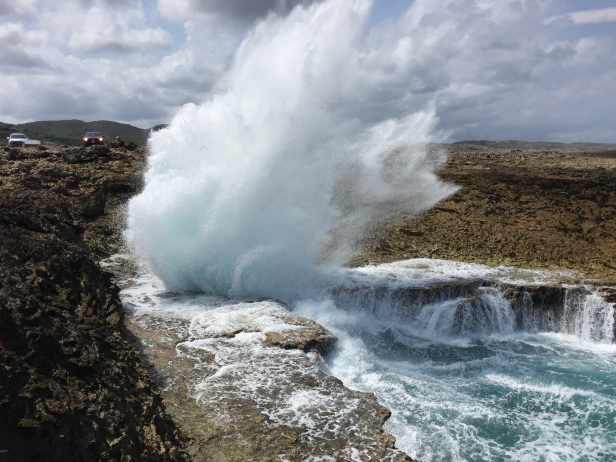 More Shete Bokas. This one was called The Pistol. 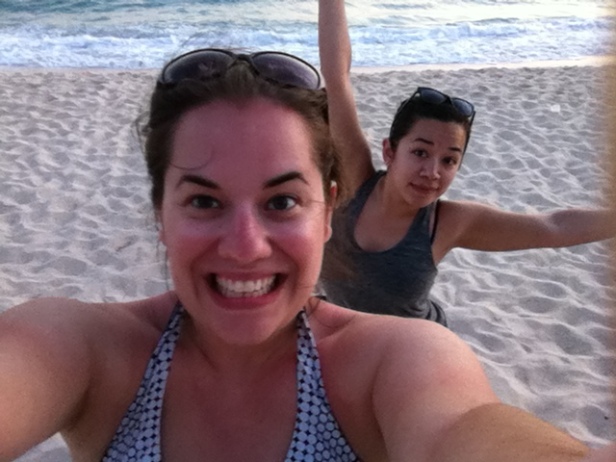 Final night, and the sunglasses tan to prove it.