But first, some backstory.

When I was young, I longed for glasses as deeply as I longed for braces. I just couldn’t wait for my turn to get a deformity that came with cool gear. Pretending the twist-off part of a Squeezit was a retainer just wasn’t cutting it anymore.

And then, in third grade, I got my miracle: my vision went to hell. I could hardly contain my excitement when my optometrist announced the news! And not only that, but my vision was bad enough that I would have to wear them all the time. None of that “just for reading” shit for me.

This was a VERY BIG DEAL because the only other girl in the third grade who already had glasses was Lauren Appelbaum, and now I could finally bring an end to her reign of terror. (Lauren was actually very nice. I used to play Carmen Sandiego at her house and her dad always ordered us Papa John’s and to this day I think of her fondly whenever I peel open that side of garlic sauce).

I chose frames that were speckled pink AND blue. Because I was into gender-bending before it was cool. And everyone noticed them, and I felt fabulous. (Months later, I was horrified to realize that the brand name written on them was Little Tikes.)

And then, at some point in the coming years, I upgraded to this monstrosity: 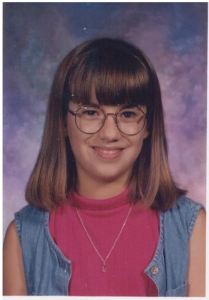 And then, by seventh grade, I was over it. I was too cool. I was the president of the Mr. Fizzy Fan Club, after all. I ditched my glasses for contacts and never looked back. For the past fifteen years, I’ve only worn glasses on my way to the bathroom each morning to put in my contacts.

But now that I’m not that cool anymore, I kind of want to start wearing glasses again. Unfortunately, my only pair is over ten years old and outdated, so I don’t want to wear them in public.

This is because my insurance company only pays for glasses or contacts each year, so I have to choose contacts, and glasses cost hundreds of dollars, so at some point I just accepted that I’d only ever get new glasses if I became a millionaire.

And then, earlier this summer at my bachelorette party, my friends told me about this web site called Warby Parker. (As always, I feel obligated to point out that I am not getting paid to advertise, and that the only time I’ve ever been paid for anything on this blog was when I agreed to put up an ad for sex toys, because I really needed a car repair at the time.)

You go to their web site, pick out five pairs of frames you like, and they send them to you to try on for free. Then you pick the one you like best and order it for $95. That’s it. (Well, $95 for single vision lenses. It’s $295 for progressive. I still haven’t figured out which I need, and if it turns out to be progressive, I might still decide to call this whole thing off.) Also, for every pair you buy, they donate a pair to someone in need.

My mind was blown. It never, ever occurred to me that there might be an easy and affordable way to simply buy new glasses on this thing called the internet.

So, my friends, please vote for your favorite pair to help me enter this brave new world of glasses-wearing: 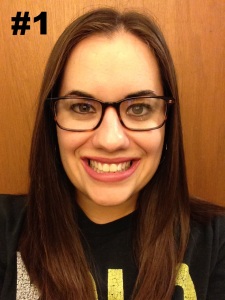 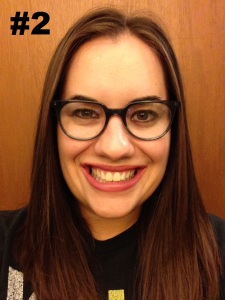 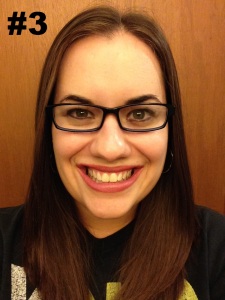 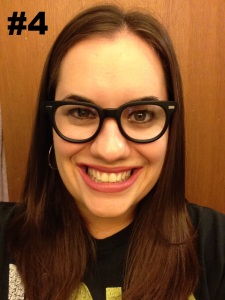 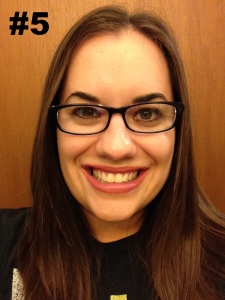