I drove to David’s Bridal for my wedding dress fitting along with my friend Krystle. I decided their estimate for alterations was too high, but I did end up purchasing a very constricting, anti-feminist bra/girdle hybrid contraption that apparently every bride wears under their dress to compensate for all the weight you still haven’t lost even though you’ve known you’re getting married for at least a year, dammit, you lazy good-for-nothing gelotanous sloth.

As soon as we left the store it started pouring down rain and, within seconds, had evolved into a flash-flood scenario which I didn’t realize until I suddenly found myself driving through two feet of water, water spraying out from my tires at both sides like Old Faithful while I screamed “IS IT WORSE TO KEEP DRIVING OR WORSE TO STOP?!”

Good lord, it was horrific. Every time another car passed me they sprayed so much water it looked like I was in the middle of a car wash. I was vaguely worried about dying, and extremely worried about my wedding dress in the backseat. WHY WAS THE ONLY TIME I’D EVER HAD TO DRIVE THROUGH FLOOD WATER ALSO THE ONLY TIME I HAD MY MOST PRIZED POSSESSION IN MY CAR?! All I could think about was how I would save my dress if my car got carried away. I had visions of myself abandoning ship, hopping through the flood waters with my dress held high above my head. At one point I decided I would leave my dress at Krystle’s house when I dropped her off before driving back to my house, since I knew for sure the rest of my route home would be flooded, though I weirdly had minimal qualms about driving home that way as long as the dress wasn’t in my car. Meaning I literally value that dress over my own life. But who could blame me? I have an awesome dress.

It’s usually a bad day when you have to spend eight hours soaked in piss. Doug drove me to work because he was about to leave town for the weekend with our car. As soon as we got on the road, I realized that I could smell the stench of cat urine more strongly than I’d ever smelled anything in my life. After a series of thorough tests, I determined that my jeans were soaked in cat pee. Either that, or a cat had peed directly into my nostrils.

“Holy shit,” I thought as I walked into my office. “I have to interact with clients and co-workers for the next eight hours, and I completely reek of urine.” WHY IS THE ONE DAY I DON’T HAVE A CAR AND CAN’T GO HOME AND CHANGE ALSO THE ONE DAY MY CLOTHES ARE COVERED IN PEE?! (Is my life just a never-ending sequel to Alanis Morissette’s “Ironic”?)

The pee smell was seeping into my brain and making me paranoid. I couldn’t think about anything else. “I’m going to ask you a strange question,” I said to my first client at the end of his session, because other peoples’ therapy sessions are a great time to dwell on your own problems. “…Can you smell cat urine?” He said no, which was nice of him, but holy hell this stench was like a bucket of hot pee sitting under a waterfall of piss.

I walked to the grocery store next door the first chance I got and bought some odor-eliminator fabric spray. The instructions advised me to spray until the affected area was slightly damp, which I took to mean “soaked all the way through, spritzing until your office floor becomes a skating rink.” So then I just smelled very strongly of Febreeze for the next thirteen minutes, before going right back to smelling like urine.

My mom and I met with my wedding planner for three hours and planned just about everything. The weird thing about wedding planning is that you have to make about two thousand small decisions every second–some you care about, most you don’t, some you don’t think you care about until you shoot out of bed at 3am in a cold sweat, clutching your breasts and yelling, “IS EVERYONE GOING TO THINK MY WEDDING IS STUPID BECAUSE I CHOSE TO FORGO DECORATIVE CHAIR BOWS?!”

Overall the process has been a good growth experience for me, because I am not a natural decision-maker and this has forced me to get better at it. I’m always so self-satisfied when I hear myself definitively declaring that I’d like the doors to the reception hall to open exactly halfway through cocktail hour, or that no, I do not want the namecards arranged in the shape of a pinwheel because that sounds dumb. But another weird thing about wedding planning is that, while sometimes you get on a kick with feeling really confident about your decisions, other times–like when you are halfway through a three hour meeting with your wedding planner, asked what color uplights you want, and presented with a color wheel that includes more colors than you even knew existed– suddenly it takes everything inside of you to resist crawling under the table, clinging to your mother’s legs and sobbing, “I don’t know! I just don’t know anymore! What is life?!”

Anyway, award for dumbest question asked at that meeting goes to me, for the question, “People aren’t going to be, like, looking at me my whole way down the aisle are they?” Answer: Yes. Yes, they will be.

I now leave you with some pictures from my bachelorette party weekend! 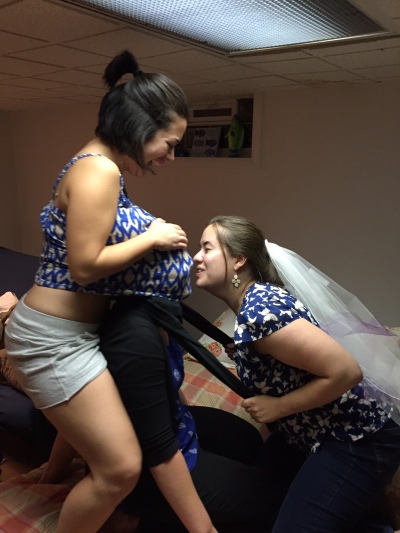 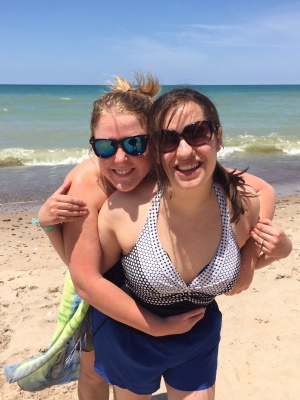 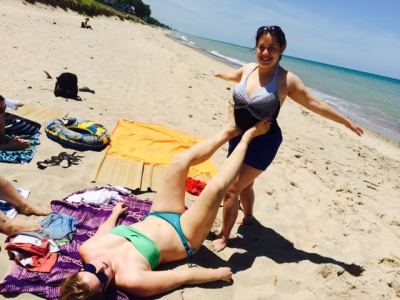 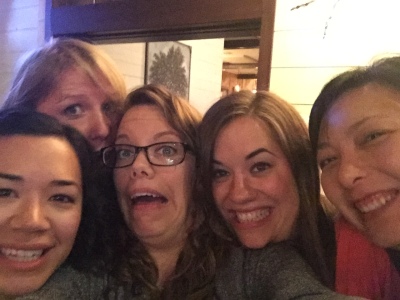 2 thoughts on “Flash Floods, Cat Piss, and Dumb Questions About my Wedding: Three Days in the Life of J-Bo”