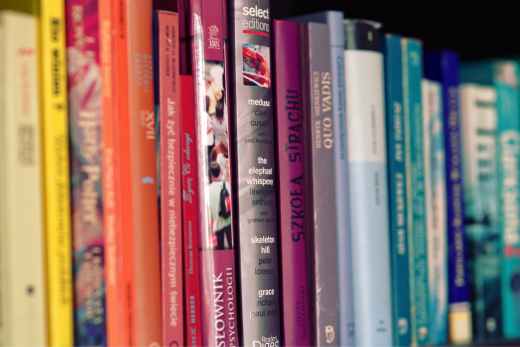 Excerpt from Off the Page, by Jodi Picoult and Samantha van Leer:

Just because you’ve picked up this book, you know, doesn’t mean it belongs to you.

Quite a lot went on before you even arrived. There was a spark of an idea one day, which ignited into a fire of imagination. Each lick of flame burned a line of text, spreading from chapter to chapter.

And where were you? Probably in some other book, not even aware that this was happening someplace in the universe.

From this blaze came smoke, and from that smoke came silhouettes, marching across the pages, each with a voice to be heard. As they spoke, their edges grew sharper and more defined. Their features rose to the surface. And soon they were characters in their own right.

They picked up the lines that had been laid across the page and carried them on their shoulders, wrapped them around their waists, tugged and twisted, and became the story.

And still you weren’t here.

Then one day you reached onto a shelf, and out of all the books in the world, you chose this one.

Now, don’t get me wrong. It’s not as if you’re not important. For the moment you opened this tale, your mind awakened the characters. If a tree falls in the forest and no one is there to hear it, does it really fall? If a character sits in a book and no one reads it, is he truly alive? As your eyes moved across the pages, as you heard the story in your head, the characters moved for you, spoke for you, felt for you.

So you see, it’s quite difficult to know who owns a story. Is it the writer, who crafted it? The characters, who carry the plot forward? Or you, the reader, who breathes life into them?

Or perhaps none of the three can exist without the other.

Perhaps without this magical combination, a story would be nothing more than words on a page.