*All photographs in this post were taken by Doug on his parents’ land.

When Doug and I met in college, we spent a lot of time discussing where we’d like to live someday. Being a suburban girl, I always imagined myself in the suburbs. Having grown up on a farm, he always saw himself in the country.

“I don’t want to live anywhere where a committee can tell me what colors I can or can’t paint my house,” he said. “Or where I can’t pee outside.”

“I don’t want to live anywhere that isn’t within five minutes of a McDonald’s,” I said. “If I’m going to live in a cow town, you’re going to have to install a spigot that pours McDonald’s Coke straight into my piehole.”

“I want my kids to grow up in a neighborhood where they can walk to their friends’ houses and ride their bikes to the pool,” I said.

“I want my kids to grow up far enough away from other kids that they have to cultivate a strong imagination,” he said. 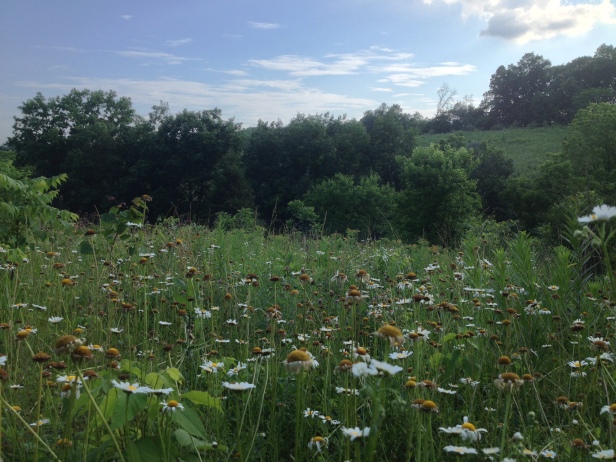 “Isn’t this so fun and convenient?” I asked him the first weekend I brought him to my parents’ house as various friends and neighbors stopped by to meet him.

“Isn’t this so beautiful?” he asked the first time we pulled into his parents’ driveway, greeted by endless acres of rolling hills, the open sky above us a smattering of milky stars.

“This is where my best friend and I cosmic bowled every day for a whole summer,” I said as I drove him past the Brunswick Zone.

“This is where I used to pretend I was fighting in the Napoleonic Wars,” he said as we stood on the long hill behind his house. 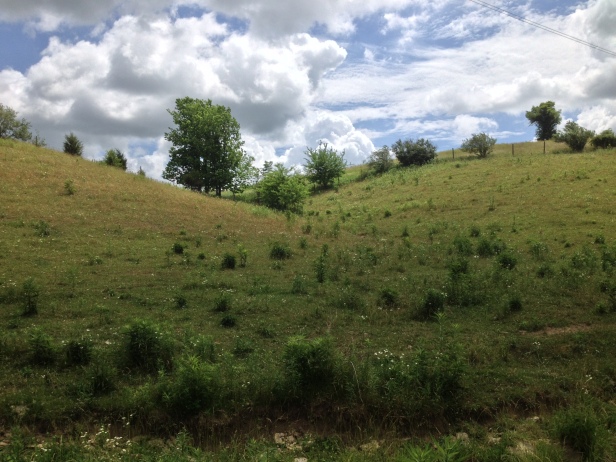 I eventually spent so many weekends there that it became a second home to me. Bonfires in the backyard. Walks to the creek. The long scenic drive to and from the one good restaurant. Those stars.

One Saturday night, as I sat writing in his basement while he and his dad played music, I sent him a text that said, “If this is as good as life ever gets, I’m okay with it.”

The thing about going to that house, I realized, is that it’s like stepping off the planet for a while.

There’s a stillness and a peace there that just doesn’t exist anywhere else. Your mind clears. Your body slows. Everything is so quiet. You don’t even think about wanting McDonald’s Coke. There’s inspiration in the landscape. It’s jarring, after a restorative weekend, to have to leave.

I get it, I realized at some point. I completely get why someone would want to live this way forever.

And then his parents decided to sell the house and retire to Florida.

When I heard the news I went through the two stages of grief: bargaining to buy the house with my life savings (two thousand dollars), and denial.

For close to a year, I simply pretended it wasn’t for sale.

“My parents sold the house today,” Doug told me a couple months ago as we stood listening to a heavy metal concert at a dive bar. Doug has not been in denial; he’s been preparing for the loss like a healthy, normal person. For his bachelor party he didn’t request the beach or the mountains or Vegas. He asked his friends to come home to his land so that he could take some final photographs.

“WHAT?!” I gasped, tears streaming down my cheeks. “Why would you tell me that in the middle of a bar?!” It felt like getting the news of a friend’s death. I went to the bathroom to pull myself together but couldn’t stop crying.

Doug suggested we step outside.

“I didn’t realize you were so attached to my house,” he said as we sat on a stoop.

“But the hills! And the sky! And the peaceful walks!” I wiped at my eyes with my coat sleeve. Anyone who walked by probably thought I was a crazy drunk girl and that we were breaking up.

“Maybe one day we’ll have our own piece of land with all those things,” he said.

I sighed. “It won’t be the same. Are you sure your parents won’t just give it away for two thousand?”

Doug and I will visit the house one more time over Christmas, and then never again.

I just hope that one day we find something we both love as much as we loved that land. 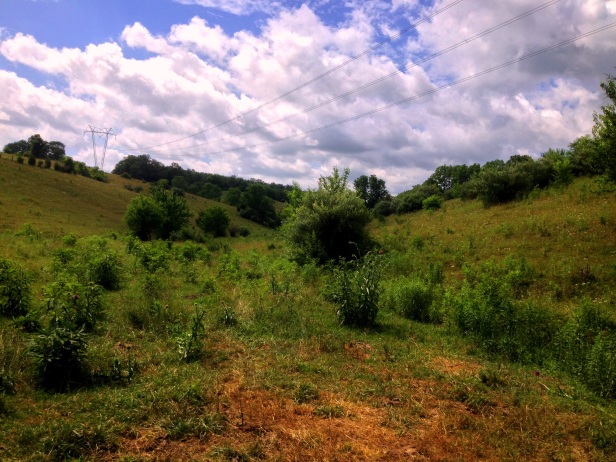 86 thoughts on “On Gaining and Losing a Home”